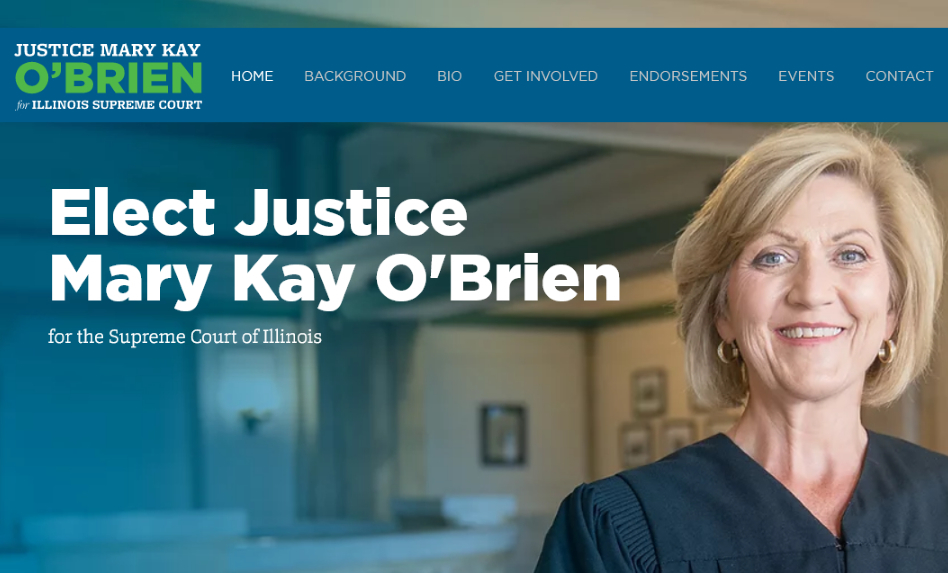 ​Justice O’Brien has served on the 3rd District Appellate Court for nearly 18 years. She has heard more than 4,500 cases and served on numerous committees, including the Supreme Court Rules, Legislative, and Appellate Court Access to Justice Committees, the Illinois Courts Commission, and the Lawyers Assistance Program, among others.

Prior to becoming a judge, O’Brien served as a state legislator from 1996-2003. Despite facing an incumbent, O’Brien ran to fight for working families and commonsense values. Her victory secured the Democratic majority in the House of Representatives. While serving in the General Assembly, O’Brien chaired the Judiciary Committee on Criminal Law where she presided over death penalty reform and fought to protect children from violent offenders and expand the statute of limitations for sexual assault against minors.

​A proven vote-getter with a history of winning tough battles, O’Brien was elected four times by the voters of the 75th District, won a decisive victory for the 3rd District Appellate Court in 2004, and was retained in 2014 by nearly 80% of voters. Her political skills were developed at a young age while campaigning for her family friend and political mentor, State Senator Jerome Joyce.

O’Brien was raised on the family farm in Reddick, Illinois where she learned the importance of hard work, integrity, and public service from her parents, Norma and Don O’Brien, a retired Local 265 sheet metal worker.